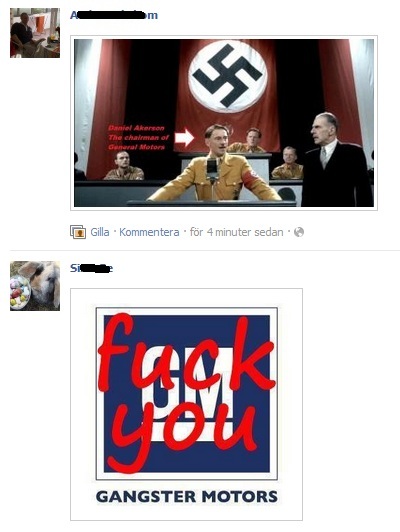 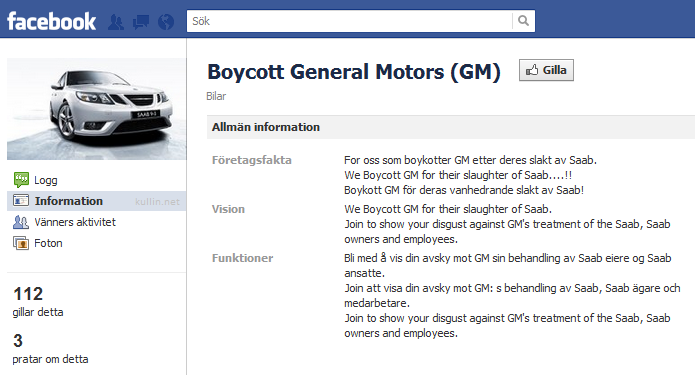 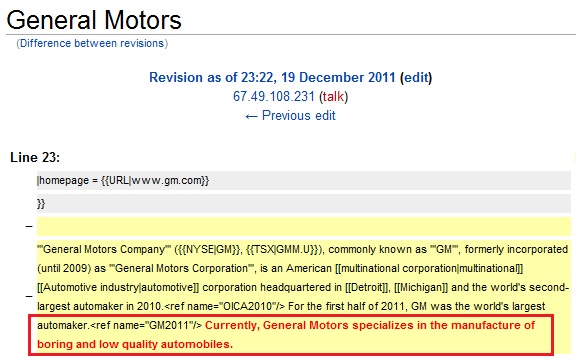 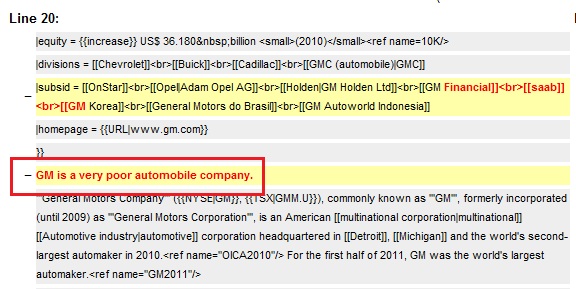 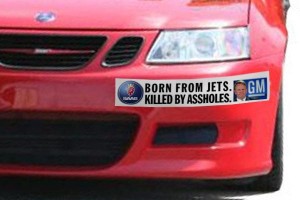 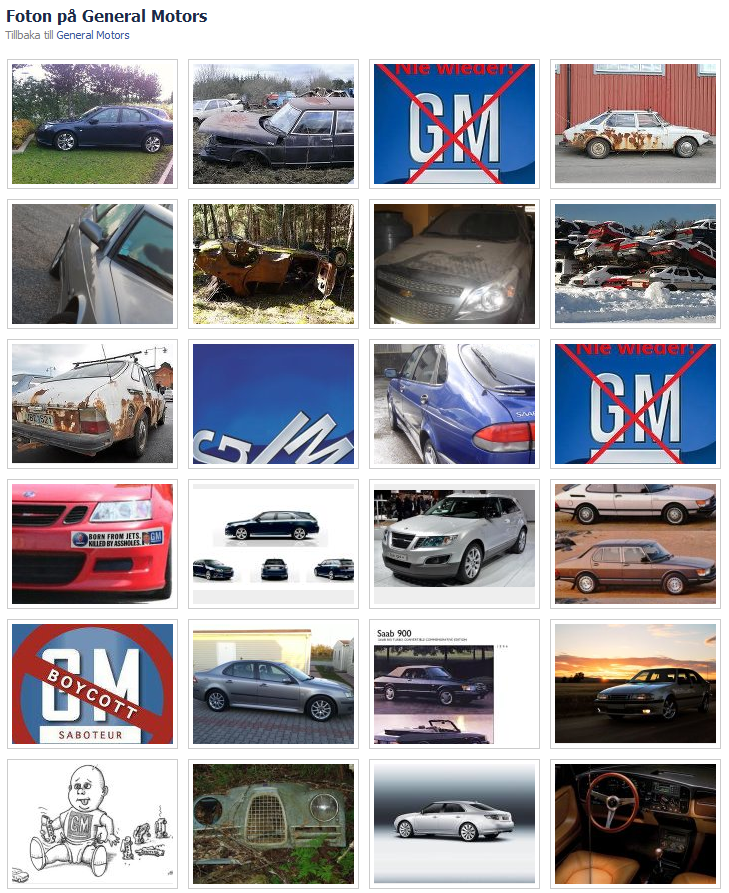 General Motors has agreed to sell Saab Automobile AB to Koenigsegg Group AB, a consortium led by Koenigsegg Automotive AB. It is a major news story in Sweden today. Below you can see the front pages of the leading Swedish dailies online, and two in Norway (one of the main investors behind the purchase is the Norwegian entrepreneur Bård Eker’s Eker Group). Dagens Nyheter and Dagens Naeringsliv almost fill the entire screen with the news about Saab. Also notice that VG.no does not have this story as a main news item today.

To check out what bloggers write about the Saab/Koenigsegg deal today, check out Twingly.

Wil Reynolds, an internet marketing consultant, made the allegations in a speech at a marketing conference in Las Vegas last week, according to BrandWeek. What made Reynolds react was that Saab was ranked in the top ten in Google for “luxury car”. Saab denies any illicit behaviour.

By checking Saab’s site with Webcab.de we can find this textual information, see below. I cannot see how this can be described as cloaking, but I’m no expert on the subject.

Via Researcher I find an article on AdPulp about brand evangelists who intentionally or unintentionally promote different brands on Flickr. Phew, yet another area where the marketing department needs to monitor the brand. By checking Flickr tags for brand names, you can find out stuff like that Saab outnumbers Volvo, for example (867/530).

Being born and raised in Trollhättan, the location of Saab’s world headquarters, I found this article from The New York Times to be interesting (free registration required). It is about the assimilation of the Saab brand into the GM family.