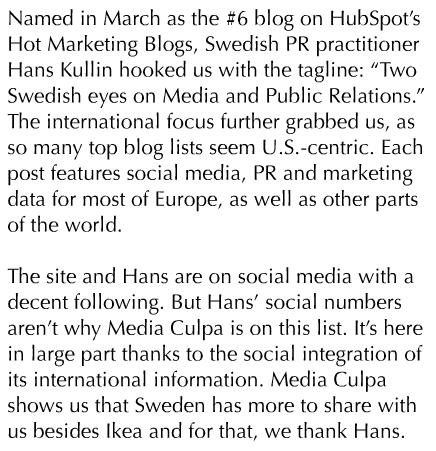 Bschool.com is an online resource for MBA programs. In a blog post this weekend, the site lists the 50 best blogs for public relations professionals. I’m proud that Media Culpa is included in this distinguished crowd. Media Culpa has been nominated in the Swedish blog awards Yaba, in the Marketing category (Marknadsföring, in Swedish). If you like this blog, you might want to cast your vote for it. Just click on the yellow image in this post, or on the larger image in the side bar. The competition is tough, so I need YOUR vote 🙂