The Swedish band jj are the second most blogged artists this week, according to The Hype Machine, which tracks artists on more than 1,000 music blogs. Sweden’s Robyn is moving up two spots to #4.

Most blogged artists on November 21 at 10 am GMT:

Listen to jj’s new single Let Them on The Hype Machine.

As I wrote on Monday, ABBA today launched an online music store on their site. But not only that, the entire site has been rebuilt and has a bunch of features that I suspect are new. It has an AddThis button for sharing on social sites and a section called Picture of the Week where fans can send their photos to be included on the site. Here I am missing information about the terms of the publishing of photos. Fans should know beforehand if their photos are published with a copyright note or not (not that that has stopped people from stealing photos online, but for formality’s sake).

ABBA of course has had a YouTube channel for a long time, so now both the king and the Dancing Queen are on YouTube.

And as noted in my previous post, there is a new online music store that you easily can embed on your blog or on a social networking profile page. Songs are sold for 0,99 USD a piece in a 320 kbps format. However, downloads are currently only available in Sweden. The rest of the world will have to turn to Itunes until the store is released internationally.

Overall the site has a very sleek design and nice feel to it.

There was an interesting article in Dagens Industri today (online, but subscription required) about ABBA, the Swedish music group. On Wednesday the band will launch an online music store on its website where it will sell ABBA songs directly to fans. One of the smart features of the music store is that fans will be able to embed it on their blogs or Facebook profiles, literarily creating tens of thousands of ABBA stores online.

With the store, created by the Swedish company Dimest, the band will be able to keep as much as 90 percent of the revenues from the sale. The songs will be sold as mp3 files in higher quality than Itunes and without copyright protection.

ABBA has more than 175,000 members in its online community and leveraging the fans is a smart strategy.

See also “Ace of Base relaunch with fans as fourth member“.

I love this. Ben Walker: “you’re no-one if you aren’t on Twitter”.

“If you havent’ been bookmarked, retweeted and blogged, you might as well not have existed.”

I’m a huge fan of Audioscrobbler, the service that tracks what music you are listening to and then compiles it into different charts. It has a lot of other features and I haven’t tried them all out yet. Anyhow, Audioscrobbler recently made a major redesign of the website and can now be found at www.last.fm.

My charts can be found here and the 10 latest tracks can also be found at the bottom of the right column of this blog, courtesy of RSS Digest. Other well known Swedish bloggers with Audioscrobbler is for example Rasmus of Copyriot. His profile can be found here.

Raphael Saadiq made an excellent performance at Berns in Stockholm last night, which on and off was more rock than R&B.

He played most of his best songs except ‘Detroit Girl’, topping it all with a killer version of ‘Get Involved’ to finish off the encore.

The fact that he forgot the words to ‘Chic Like You’ was just charming. Looking forward to next time, Ray Ray. 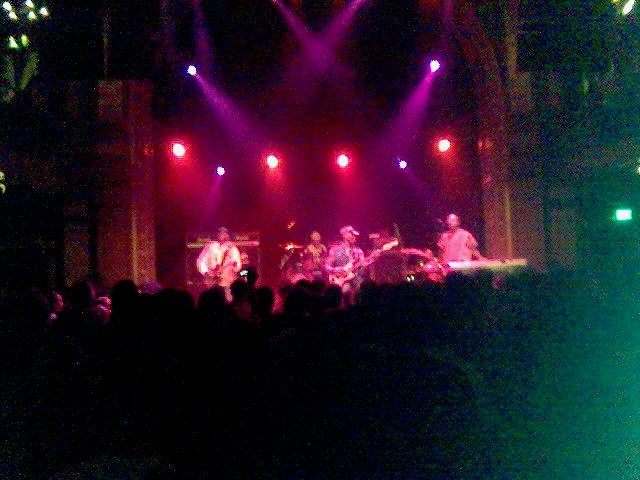 I must also give 23-year old Swedish soul talent Melo some praise for his show. We will surely hear more from this voice in the near future. Good stuff. Update: Aftonbladet writes about the concert (but has the wrong photo, the person in the photo is from another concert in another room at Berns last night). More reviews: DN (not online), Norrbottens-Kuriren, SR, SvD.