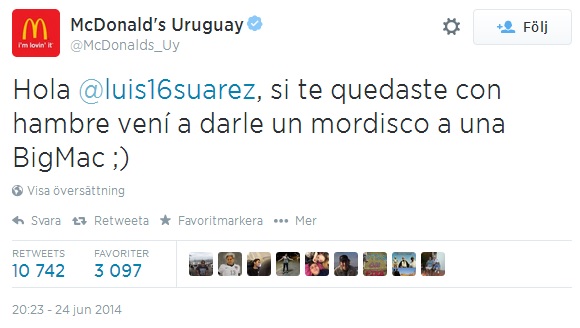 On June 11, the FIFA World Cup 2010 in South Africa will kick off with the game between the host country and Mexico. This will be the first World Cup that will have a significant presence in social media as fans will discuss games and cheer on their teams through channels like Facebook and Twitter.

Here is a collection of “twibbons” that you can add to your Twitter avatar in order to show support for your team, one for each of the 32 participating teams.

Kalmar FF’s midfielder Viktor Elm has been chosen to play for the Swedish national team. Viktor and his two brothers Rasmus and David are part of the reason why Kalmar currently is the best football team in Sweden. But the trio are not only succesful on the pitch, they also have a very popular blog on the local newspaper Barometern’s site.

– That is something that we don’t do when we meet and I will talk to him about it, says Lars Richt, and continues.

– I will talk to him and after that he will surely not blog.

The Elm brothers’ blog caused some commotion after the brothers blogged some negative comments about Henrik Larsson and how media portray him. Still, even if Viktor Elm is quite outspoken on his blog, it does seem that the Swedish national team should lighten up a bit about this command and control attitude towards media and everyone else, for that matter. Football is the sport that interests most Swedes and it wouldn’t be hard to use this commitment to get fans talking and discussing even more about football. A search for football on Twingly.com shows more than 4,000 Swedish blog posts during the last month. I think the Swedish Football Association is crazy not to participate in this discussion. Encourage your fans, let all players have a blog, invite bloggers to press conferences, build a social media press room on your site. There are many things you could do, and if you don’t know how, I can show you.

In about 15 minutes the Swedish head coach Lars Lagerbäck will present the team that will travel to the Euro 2008 Football Championships. During the tournament they will be able to read a blog by Lars-Åke Lagrell who is the President of the Swedish Football Association. He will be blogging on the site of one of the sponsors to the national team, Svenska Spel, which is the state-owned gambling company. The ambition is that the blog will be updated each day, but it is not clear whether or not Lagrell will be the only blogger.

Lagrell promises to write about everything from meetings with the UEFA President Michel Platini to activities with the Swedish team.

The name of the new Swedish national arena for football will be presented tomorrow at 11.15 in Solna. Anyone who can guess which sponsor who has bought the right to name the stadium? Swedbank maybe…?

The stadium will cost 1.8 billion SEK to build and shall be finished by 2011 at the latest. Photos and info here. 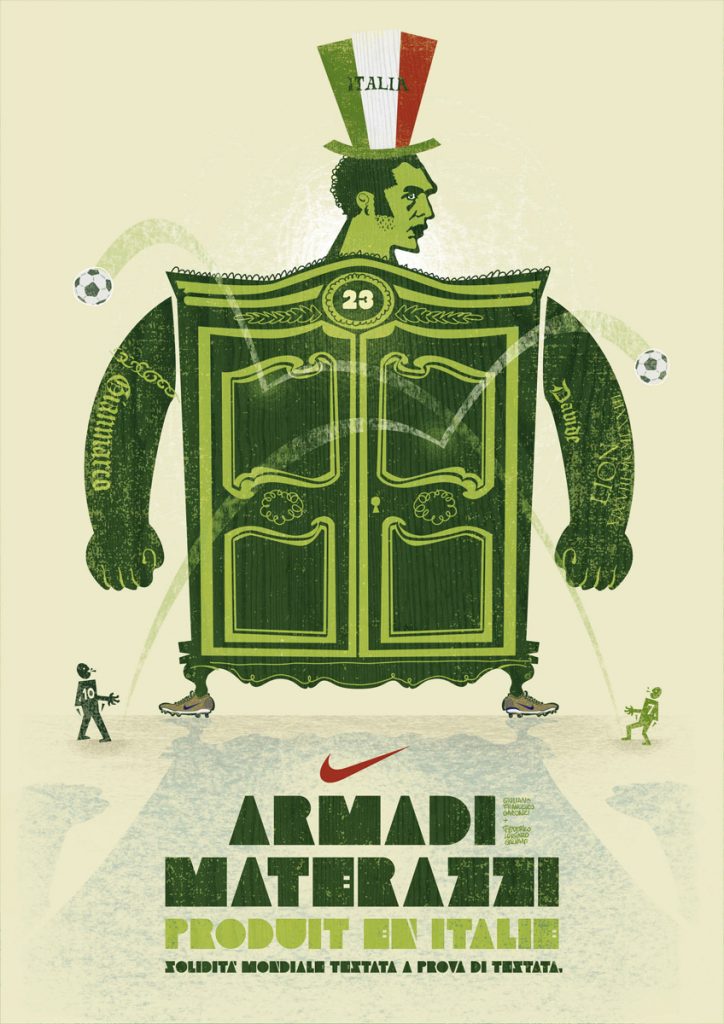 The bad boy of Italian football, Marco Materazzi, continues to profit on the now legendary headbutt by Zinedine Zidane in the 2006 World Cup final. The fabulous Nike commercial where Materazzi stops just about anything that bangs against his chest, has been watched almost 250,000 times on YouTube. That commercial is also followed by a superb series of Nike ads with the Italian World Champions, found here.