Täby Danderyd Tidning (T&D) is a subscribed weekly local paper for the two cities Täby and Danderyd north of Stockholm. It was launched in October 2006 and intented to become the leading local paper in the region within five years. The competition has been tough with three free dailies currently being distributed in the Stockholm region and one (Mitt i Täby) locally. Dagens Media now reports that T&D only managed to get 2,000 paid subscribers and that the paper scrapped the old business model. Since last week the paper is distributed free to households in the region and it estimates to get a 60-70% reach in the area. The circulation will be 43,000 copies. 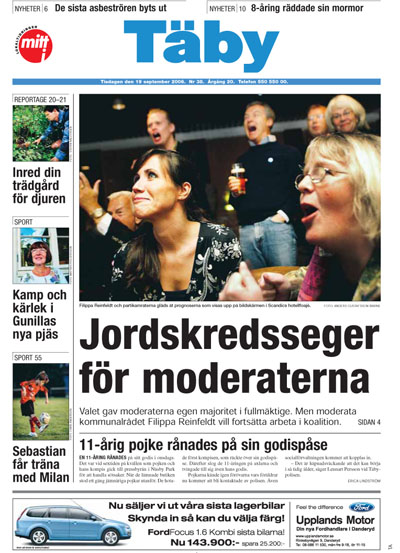