There is a growing amount of spam on Pinterest and I blogged today on my Swedish blog about how it is easy to replace a link on a pinned image to send unsuspecting users to a spam site. Just replace the image link with a link using a URL shortener and no-one can tell before they clicked the image that they aren’t going to end up on the site where the image was originally published. In my blog post you can see the screen shots from an image of Strandvägen in Stockholm, which if you click on it, sends you to a site selling weight loss pills.

Here’s how it works. Pin an image to Pinterest, then edit the link and add a link to the site you want users to visit. Use a URL shortener to hide the real address. Alternatively you use the BBC redirect scam which works like this. Instead of using a URL shortener, you type the address of the landing page after this BBC redirect URL, example:

This way, Pinterest displays “bbc.co.uk” as the source of the image. Credible, right?

You can type any URL after that BBC link, for example http://www.bbc.co.uk/go/redirect.shtml?http://www.cnn.com This link will send you to a BBC page which automatically redirects you to the site at the end of the URL. 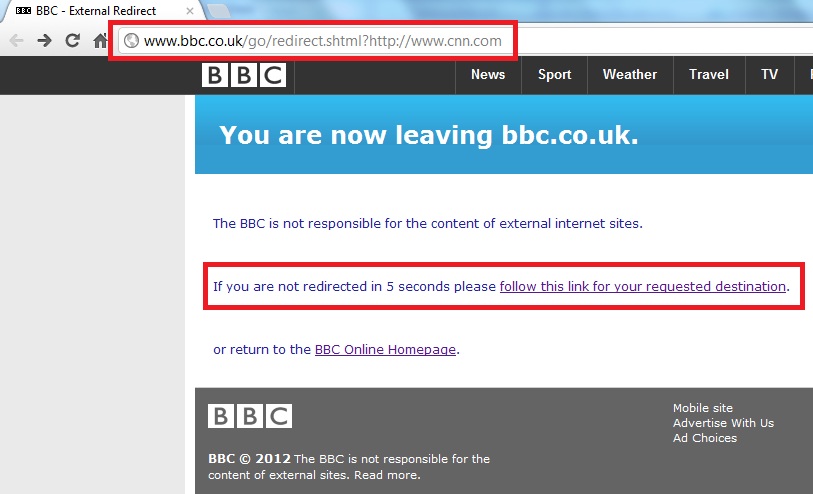 Here is a live (at least for now) example of the BBC scam, on an image I found by searching for Copenhagen on Pinterest: 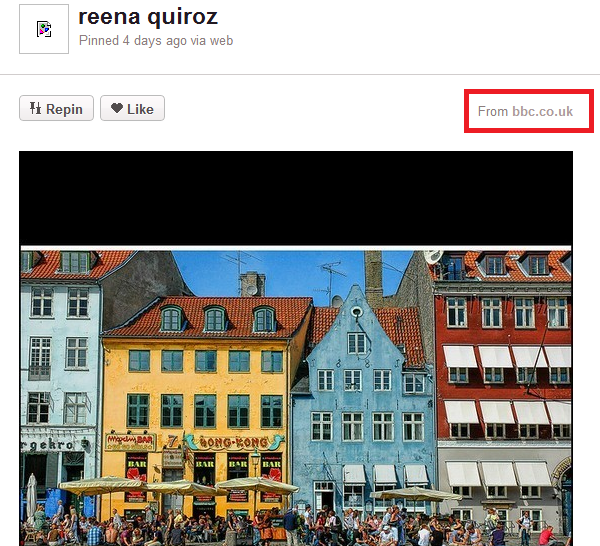