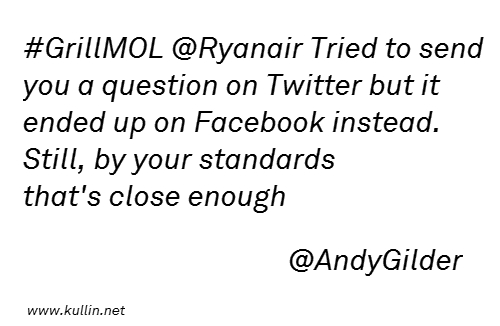 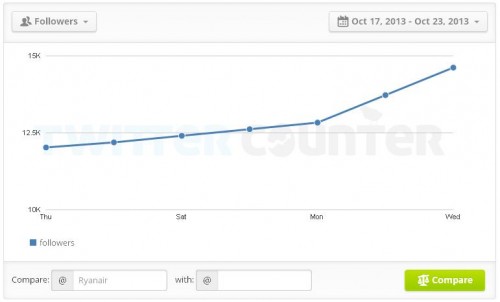 The Swedish local daily Sörmlands Nyheter (sn.se) today published an article with the headline “Ryanair pilots forced to fly free”. In the article, pilots describe how they get paid only for scheduled hours and not a minute more. If an aircraft is delayed, it means that pilots fly for free once their scheduled time has run out.

“This is extremely stressful, especially in the evenings. Everyone wants to come home and if you are going to fly the next day you have to get some rest between flights. Landing too late means you don’t get to fly the next day and then we have flown without pay ang get no income day after. This forces you to make stupid decisions and is a major safety hazard. I doubt that passengers know that the person flying them sometimes do so without pay,” says one pilot who wants to remain anonymous in fear of getting sacked by the airline.

The article describes the pilots’ dissatisfaction with current working conditions. In a follow up article, Ryanair’s Head of Communications Robin Kiely denied all claims from the pilots, claiming they were “rubbish”. In an email response to the paper, he also threatened to sue the paper if the statements from the pilots were published.

“If you publish any of these claims, we will initiate legal action against your newspaper,” Kiely wrote.

That seems like normal procedure at the airline, which just last week threatened to take legal action against British Channel 4, after a documentary about pilots’ concern over passenger safety. Apparently the PR strategy from Ryanair is to stop pilots from publishing any views on social networks (I blogged about it here in Swedish) and threaten to sue any media outlets that publish anonymous comments from pilots. That doesn’t sound like an airline that I would ever fly with.

Kyla Ebbert, a woman from Californa, was thrown off a Southwest Airline plane last year because the airline staff found her clothing too revealing. The story was discussed in both mainstream media and on blogs, and Southwest Airlines eventually apologized to Ebbert in a press release.

“Kyla, we could have handled this better, and on behalf of Southwest Airlines, I am truly sorry. We hope you continue to fly Southwest Airlines. Our Company is based on freedom even if our actions may have not appeared that way. It was never our intention to treat you unfairly and again, we apologize.”

Apart from issuing an apology, the airline also took the opportunity to create a somewhat positive spin on the story by poking fun at itself. In a news release, Southwest Airlines lowered its already low prices to “miniskirt” fares, a stunt that was widely covered in media and blogs.

But instead of admitting any wrongdoing, the airline went on a counter attack with statements like these.

“We are sure that the anti-funsters at the ERK do not speak for the majority of the famously liberal and easy going Swedes.”

“The ad simply reflects the way a lot of young girls like to dress. We hope the old farts at the ERK loosen up a little.”

“Ryanair defends the right of Swedish girls to take their clothes off.”

The company was then criticized by the Swedish MP, Birgitta Ohlsson urging customers to choose other airlines. Ohlsson said that “Ryanair is relying on old fashioned, outdated values and they’re proud of it.” But instead of responding to journalist questions, the company issued a new “fun” press release.

“Ryanair, Sweden’s only low fares airline, today laughed off the stupid comments by Swedish MP, “Boring” Birgitta Ohlsson, when she called on Swedish passengers to boycott Ryanair and fly on high fare, fuel surcharging, SAS in protest at Ryanair’s use of a sexy model to advertise its “hottest ever” back to school fare.”

“This really is a storm in a D cup! We’re sure that Boring Birgitta will be overrun by the flood of right minded, liberal, people who support Ryanair’s determination to defend the rights of girls and boys to get their kit off – if they want to.”

“We will also be sending free tickets to Boring Birgitta so that she can take a nice relaxing break, loosen up a little and stop calling for silly boycotts, avslutar Ryanair.”

There is a huge difference in the way Southwest Airlines and Ryanair have handled these incidents. First of all, SA was not accused of being sexist, but to be too prude. Big difference. Then SA apologized and used humour to laugh at themselves. Ryanair does the opposite by not apologizing, talking trash to anyone who opposes, and then giving us more of the same thing they were criticized of from the start. Like this blogger says, to counter sexism with more sexism is hardly the smartest way to go.

Secondly, SA already had a presence in social media with its blog Nuts About Southwest which allowed the airline to have a closer dialogue with customers. Ryanair on the other hand, don’t respond to journalist questions, send statements in English in which there are no local spokespersons. If you on top of that try to gain support by referencing to the Swedish psyche, or rather your view of what Swedes are like, it is very easy that local customers feel that you are just an ignorant foreigner who paints a malicious portrait of how we are supposed to be.

I don’t think that there is one single female flight attendant at Ryanair that finds that comment helpful in their daily jobs. Last week I flew to London and in the row behind me some “senior” business men apparently felt they had the right to get better seats so that the three of them could sit together, instead of divided on each side of the aisle. The flight attendant was a pretty, young woman who they addressed as “my little friend” and “be a good girl now”, basically talking to her like she was a twelve year-old. Typical male suppression techniques in other words. Now, the plane was full so there was no chance for these passengers to move and they made it clear to the flight attendant that she let them down, these superior men that she should serve.

It’s not difficult to guess that this is the daily routine for female flight attendants and so many other women in service professions. And O’Leary is adding insult to injury. So, O’Leary, that joke isn’t funny anymore, to make another reference to the Smiths. But what really surpised me was that Ryanair apparently is trying to spin this in a positive way. On their website the company has issued a news release that claims the video is the most viewed video on YouTube’s travel section. While that in itself probably is a bit of a stretch, instead I would be worried about the company’s reputation that so many people have watched the video.

Remind me to stay clear of Ryanair next time I need a cheap airline ticket. It’s not worth it.

Note to Dagens Media: this is not what any sane person would call good PR.