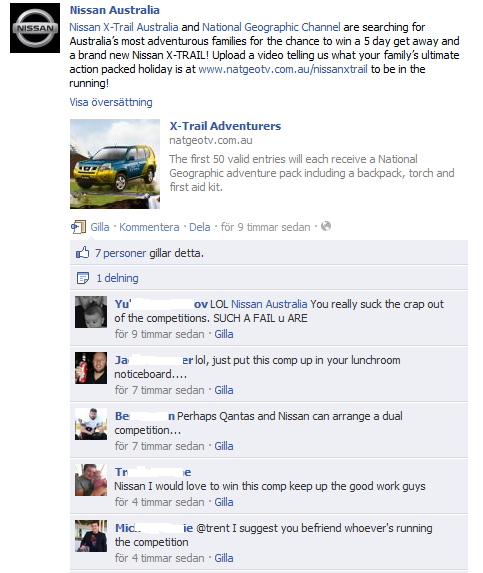 Success in social media isn’t necessarily measured in number of fans or followers, at least not if you are missing out on other aspects of the social media etiquette. This guy considered his promotion skills so great that he issued a press release in which he boasts about his rocket to Twitter fame.

“What’s better than soaring to the top of a popular social networking site? How about skyrocketing to the summit of two of them? That’s the envious position The Powerful Promoter, Matt Bacak, found himself in last month when he entered the Twitter elite.”

But that didn’t sit well with parts of the online community. Prime reason: he has 1,923 followers on Twitter, but only follows 32 people back.

The press release has now been “dugg” 261 times on Digg (and counting) with the accompanying headline “The. Biggest. Douche. In. Social. Media.”. Comment like these aren’t exactly the reaction you wish for.

“He follows a whopping 32 people. What a conversationalist. He sure does add value to the site. (Please tell me this PR is a joke?)”

“What an ass. This is a perfect example of a spammer on Twitter. A no-name marketer with 1800 followers and he only follows back 32 people. He obviously went on a mass friend adding frenzy and then un-followed people once they began following him. Freakin’ jerk.”

“seems quite amazing that @mattbacak has so many followers and yet participates in minimal conversations.. all his me me me makes ME sick”

What can I say? Conversation is king. If you’re only participating to add friends, then you’re not in the social media “elite” in my book. And I’d rather have 100 friends in my network that are the right friends, than 1,000 random people I have nothing in common with. But that’s just me.

John Cass has some good comments about FIFA’s decision to deny entry to a World Cup game for 1,000 Dutch fans unless they removed their trousers.