When Instagram announced new Terms of Service two days ago, the community of instagrammers reacted with nothing less than outrage. Among other things, users’ photos could appear in ads and the only way to opt out was to delete your account. 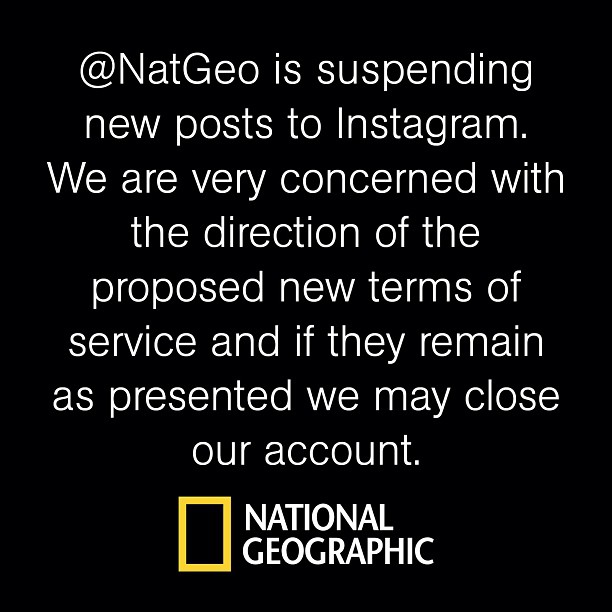 The artist Pink went a step further and has actually deleted her entire account. Before she closed her account, she had more than 12 million followers. Now that’s quite a statement. 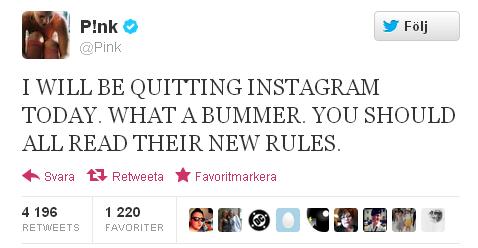 The flood of negative reactions forced Instagram to some crisis management and the company yesterday issued a clarification intended to respond to the worst criticism. But the damage is possibly already done. Many are reporting increased and renewed interest in Flickr, which just recently launched a new and updated Instagram-like app.

And Starmatic, a similar app that also lets you import your entire Instagram library, has seen a tremendous increase in import requests during the last 12 hours. 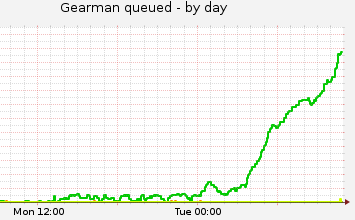 I love Instagram and I hope they will keep their promise to not sell user photos, so I won’t quit the service any time soon. But this could serve as a lesson to any major social network. It is not hard to copy the functionality of a social network, they are rarely unique or patented. I could switch entirely to Starmatic tomorrow if I wanted to. What I don’t want to lose is the network connections, there’s the real value. So when a large enough portion of a network decides to abandon a service, things can move pretty quickly. Hopefully Instagram has learned a lesson.