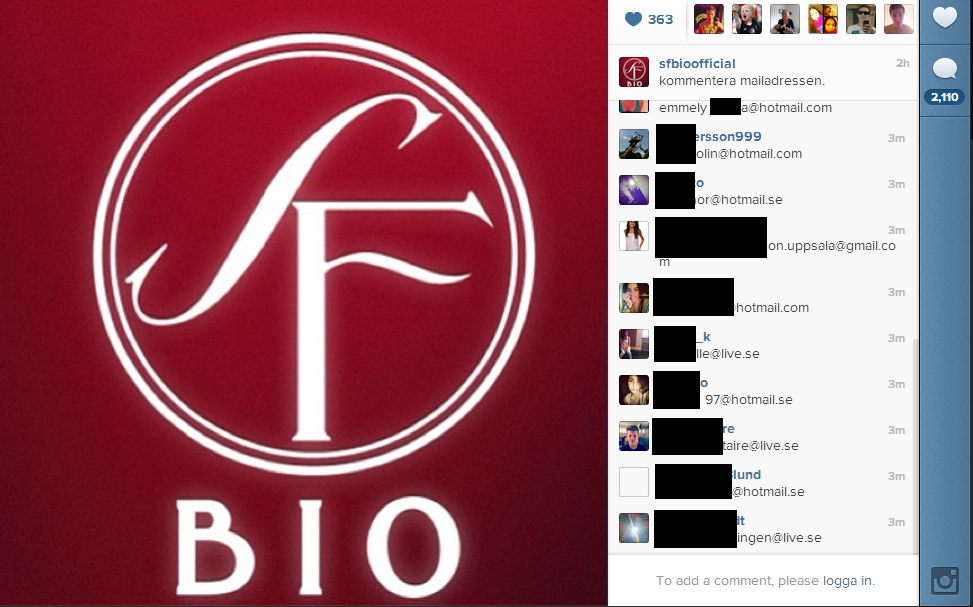 There has been some buzz the last few days about a video titled “Danish woman seeking”, posted on YouTube featuring a woman holding her small child. In the video, the woman called Karen claims she had a one-night stand 18 months ago with a man which led to the birth of her son. She is now looking for the father and along the way in the video, she keeps mentioning how great Denmark is. The video has been viewed more than 800,000 times and generated more than 3,500 comments.

Karen also has a website with photo albums and guestbooks where visitors have commented for example that they have shared her story on their blogs.

But the whole thing is fake from start to finish and is a campaign by the tourism board Visit Denmark. At least until yesterday, Visit Denmark found the campaign to be a success.

– We have increased the knowledge of Denmark as a travel destination and communicated that this is an open and free society. We wanted to place Denmark on the world map and this is a good story, says Dorte Kiilerich, Director at Visit Denmark.

Naturally, I could not agree less. Deceiving people is no better in social media than anywhere else. And as expected, the video has caused a lot of controversy in Denmark where for example the Danish Women’s Association even says the video encourages prostitution.

– We promote Denmark as a free place with space. We are happy that so many people around the world have chosen to see that. We know that there are true and false stories on YouTube, and it is that message we play with when we tell this positive, sweet and rather harmless story, Dorte Kiilerich continues.

I’m amazed that the fact that there are fake stories on YouTube is taken as an excuse to come up with yet another untrue story. So it is great to see that the video has now been taken down from YouTube. The fake website is also deleted. But the spoofs remain, thank God. Check out this “reply” video called “Swedish father seeking”.

Update 2: Visit Denmark has pulled this video too. It’s odd that they are now so eager to delete a video they recently found to be such a good idea.

Maud Olofsson, the Swedish Minister for Enterprise and Energy, was scheduled to chat with readers at Aftonbladet.se yesterday. The problem was that she was in an interview with the local daily Västerbottens-Kuriren at that time. So instead of calling the thing off, her press secretary Lisa Wärn chatted in Olofsson’s name without revealing that readers weren’t atually chatting with the Minister.

When Resumé asks Wärn about how clever it was to let Maud Olofsson sit with another reporter during the “fake chat”, she replied:
– That was the mistake.

But it wasn’t the risk of being caught that was the mistake, of course, but instead the decision to decive the readers with a ghost writer.

Update: The entire chat is still up on aftonbladet.se, and knowing that “Maud” is not Maud, makes reading it extremely funny. Via Sydsvenskan and Vassa Eggen.

Wherever there is a source of information, there is a PR person trying to manipulate it. In a comment to a news article on Poynter.org, Robert Niles writes about his theme park website and how he tracks the IP addresses of all comments.

“…it’s telling to see how many comments from supposed tourists were actually coming from inside the corporate network at Disney.”

Robert discovered that he was manipulated, but what about all the other cases when PR people are just a fraction more intelligent and post their “under cover” comments from home? I’m sure it happens all over the web already. Then again it could be an internal communications issue, it might not be the works of the PR departement at all. It could just be employees of your own organisation out on the web posing as something they’re not.

Either way, you get badwill.